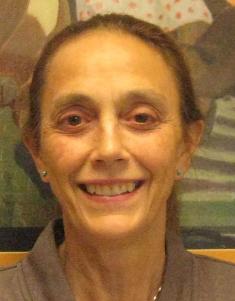 Dr. Cotterill’s current research, Absolute Zero: Ice and Cold in the Early Modern English Imagination, looks backward from recent interest in effects of climate change to consider the scientific, aesthetic, psychological, and political connotations of cold at a pivotal moment in England:  as Europe was cooling in the “Little Ice Age” (c.1300-1850), chillier summers and harsher winters plagued the sixteenth and seventeenth centuries; simultaneously the first documented English and European exploratory voyagers wintered, disastrously, in Arctic regions in search of a Northeast or Northwest Passage to China. Heat and cold were already ancient metaphors for emotion, but freezing cold began to be represented in early modern texts as demonic, uncanny, as man’s last frontier of mind, while also becoming a subject of scientific fascination. Dr. Cotterill has presented her research regularly at conferences; her most recent paper was "Science and the Strange: Robert Boyle, Thomas James, and the Emotional Experience of Cold," given in February 2014 at the annual conference of the Southeastern American Society for Eighteenth-century Studies. Her article, "Armed Winter and Inverted Day': The Politics of Cold in Dryden and Purcell's King Arthur," will be included in a volume of essays honoring Steven N. Zwicker to be published by Cambridge University Press.

Dr. Cotterill received bachelor’s degrees from Sarah Lawrence College and the University of Iceland and a Ph.D. in English from Washington University in St. Louis (1997). Before joining the faculty of Missouri S&T, Dr. Cotterill taught at Syracuse University; the English School in Reykjavík, Iceland; Rutgers University; and Washington University in St. Louis. She had also worked as an editor with professional social science journals at the University of North Carolina, Chapel Hill, and an editor and translator of manuscripts in Iceland. Dr. Cotterill published her first book, Digressive Voices in Early Modern English Literature (Oxford University Press), in 2004.  Her articles include the following:

Dr. Cotterill has received a Newcombe Dissertation Fellowship; a Fulbright Grant to teach in Pescara, Italy; a Huntington Library Short-Term Fellowship; and a University of Missouri Research Board Grant.

At Missouri S&T, Dr. Cotterill taught Shakespeare as well as other literature courses, including world literature.  She was the faculty advisor of Missouri S&T's literary magazine, Southwinds.